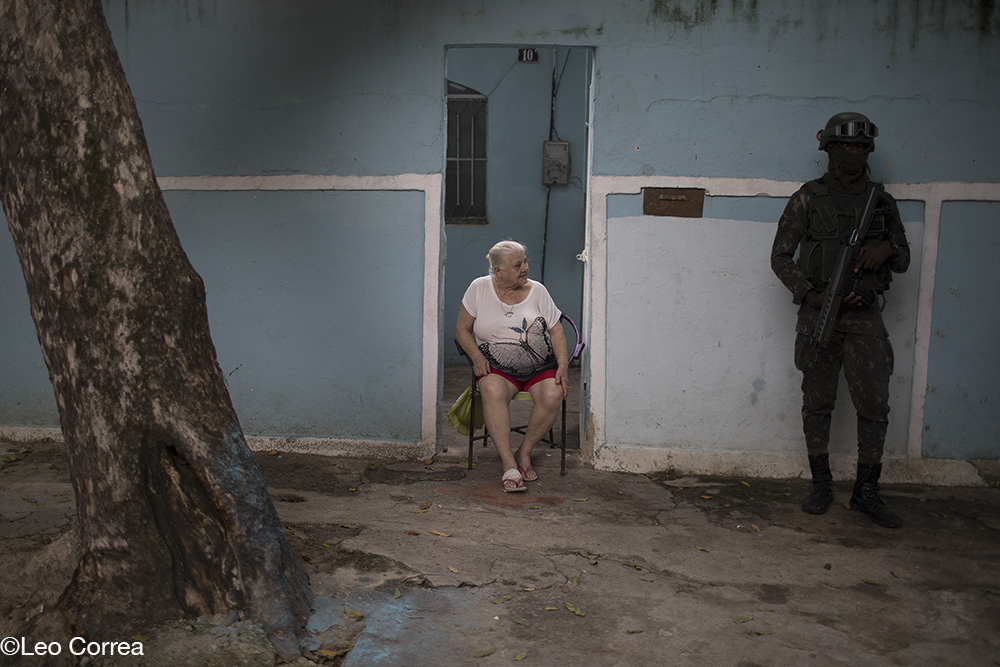 An elderly woman sits on the doorway of her house as a soldier stands in guard during an operation at the Vila Alianca slum in Rio de Janeiro, Brazil, Tuesday, Feb. 27, 2018. A decree was declared to put the military in charge of Rio’s security forces due to increase of the violence in Rio. Despite that, there are other states, with higher crime statistic numbers, that are strugling to diminish the violence in their cities. Photo: Leo Correa  @leocorrea21